Unsurprisingly, health care is now the #1 issue for Americans. Everybody agrees that something has to change, but no one can agree on how it should happen. Luckily, we’re here to help you navigate the murky waters of the world of health care, so let us know what questions you have and we’ll answer them! 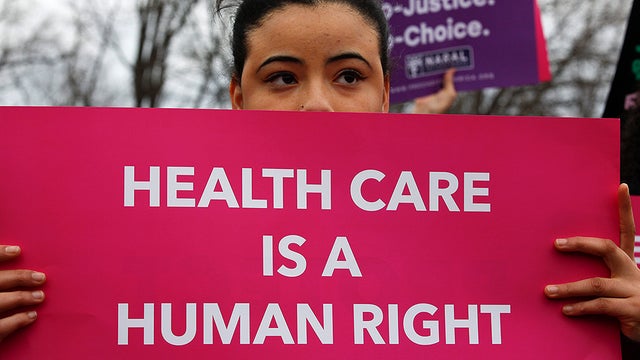 Health care is the top issue for Americans, according to a new poll from RealClear Opinion Research.

The importance of the issue crossed gender, age and party lines, results show.

Forty-five percent of Democrats, 30 percent of Republicans and 31 percent of independents chose health care as their top issue from six options, including the economy, education, environment, foreign policy and immigration. Sixty-two percent of respondents ranked health care as either their top or number two issue.

Fifty-eight percent of millennials or Generation Z respondents ranked access to health care and the price of care as their top two issues, as did 60 percent of Generation X-ers and 67 percent of baby boomers or the silent generation.

A majority of respondents, 67 percent, agreed either with the statement “the system is broken; we need a completely new system” or “the system is not working well; we need to improve the system we have now.”

“We know that health care was a primary driver of success for House Democrats in 2018, but what this poll shows is the importance this issue still holds in the 2020 cycle,” Della Volpe said. “It transcends party, ideology and generation.”

The Trump administration is currently arguing in federal court to strike down the Affordable Care Act (ACA), commonly known as ObamaCare.

The White House in March claimed a plan to replace the ACA was forthcoming; then, President Trump announced that legislation to replace it would instead be introduced after the 2020 election.