Pretty much everyone agrees that healthcare is too expensive! (One of the reasons we don’t charge for our services, by the way.) But worse yet is when you receive a bill you weren’t expecting from a doctor or hospital. That’s why some lawmakers in Washington are pushing for “bundled payments” so that patients know what to expect. 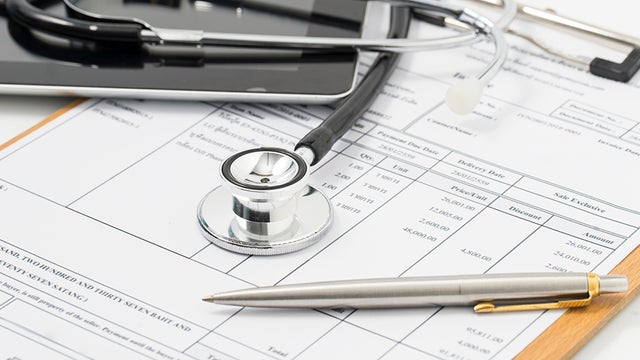 Three powerful players in the health care industry are gearing up for battle over surprise medical bills.

Doctors, hospitals and insurers have all pledged to protect patients from being hit with massive, unexpected bills for out-of-network care, but no one wants to take on the added costs that come with it.

That reluctance is setting the stage for a fight, with the insurance industry on one side and hospitals and doctors on the other.

The conflict could make it difficult for lawmakers to come up with a plan that doesn’t disappoint at least one major sector of the health industry. There is currently no legislation on Capitol Hill to tackle this issue.

But momentum has been building for Congress to craft and then pass legislation that would protect patients from surprise medical bills, and it’s seen as one of the few areas for bipartisan action on health care this year.

Senators are aiming to bring a bill to the floor in July, leaving little time for stakeholders to try to leave their mark on the legislation.

The Trump administration on Thursday rolled out a list of broad principles that officials want Congress to use as the basis for legislation.

“We’re determined to end surprise billing for American patients,” Trump said. “We want patients to be in charge and in total control.”

Surprise bills usually occur when a patient gets treatment from an out-of-network doctor, even if they are being treated at an in-network hospital.

The administration said its top priority is to make sure patients no longer receive separate bills from out-of-network doctors, an approach known as a “bundled payment.”

Doctors and hospital groups quickly criticized the proposed change, arguing it favors insurers. They said inadequate insurance networks are the main cause for surprise medical bills.

Vidor Friedman, president of the American College of Emergency Physicians, said a bundled payment puts too much pressure on hospitals to contract with physicians, essentially making hospitals take on the role of insurer.

“It would create another layer between the patient and providers of care,” Friedman said, noting that doctors would need to negotiate directly with hospitals for payment, rather than with insurance companies.

“The idea hasn’t been proven anywhere,” he added. “It might take a patient out of the middle, but it comes at a cost of access to physicians.”

Molly Smith, a vice president at the American Hospital Association (AHA), suggested the White House isn’t focusing on the right area with its call for Congress to work on a bundling proposal.

“We understand the intention behind them,” Smith said of the White House guidelines, “but we do have some concerns. We’re not really sure that [bundling] gets at the crux of the issue. We don’t understand what benefit that brings to patients in the context of surprise billing.”

Instead, doctors and hospitals want an independent arbitrator to examine the amount the doctor is charging and what the insurer is agreeing to pay — and then determine which one is fairer.

An arbitration law has successfully reduced thousands out-of-network bills in New York since it was enacted in 2015.

The arbitration approach is favored by the bipartisan group of lawmakers, led by Sens. Bill Cassidy (R-La.) and Maggie Hassan (D-N.H.), working on surprise billing legislation.

“I’m a big believer that the states experiment and we learn from their experiment,” Cassidy told reporters in a call Thursday. “Arbitration has worked in New York.”

But insurers are opposed to arbitration, and they’re pushing for Congress to set reimbursement rates.

In a letter to House and Senate leaders in March, America’s Health Insurance Plans urged lawmakers to “avoid the use of complex, costly and opaque arbitration processes that can keep consumers in the middle and lead to higher premiums.”

The White House also threw cold water on arbitration. During a briefing with reporters on Thursday, administration officials called arbitration an “unnecessary distraction.”

“We do not have a lot of enthusiasm for arbitration,” a senior administration said. “We believe that would be disruptive. And we believe … at the end of the day, a lot of potential abuses disguised in a different form would nevertheless still be inflicted against patients and Americans.”

White House officials said the involvement of so many special interest groups has impeded the ability of lawmakers to work, and members of Congress have been urging Trump to wade into the fight.

The White House and lawmakers have been warning all the players to solve the problem on their own. But now with pressure from the White House, Congress is likely to act.

“There will come a point in time when they want to move a solution forward,” AHA’s Smith said. “It’s unlikely you’ll come to a solution where every one one of the stakeholders is happy.”